Follow the Money: How A Forensic Accountant Toppled Manafort

Forensic accounting played a critical role in building a case to put Paul Manafort behind bars. 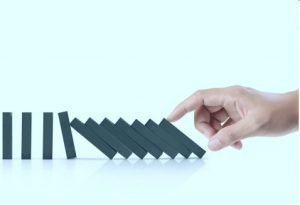 If you watch the news, you may have heard about the 2018 high profile case involving Paul Manafort. As President Trump’s former campaign chairman, Mr. Manafort was spotlighted as a white collar criminal who was indicted on charges of money laundering and conspiracy. This news bomb may have never come to fruition had forensic accounting practices not been involved. FBI forensic accountant Morgan Magionos pieced together a money trail of incriminating evidence that prosecutors successfully used to establish his guilt and rightfully put him behind bars.

Manafort was convicted by a Federal jury in Virginia on five counts of tax fraud, two counts of bank fraud, and one count of failing to file reports of foreign bank and financial accounts. On March 13, 2019, he was sentenced to a total of 7½ years in Federal prison. So just how did forensic accounting help to seal the fate of veteran political operative, Paul Manafort?

Just as crime scene investigators comb over every inch of a murder scene for clues, a forensic accountant’s search follows a similar pattern by combing through bank statements, ledgers, and other sources to uncover fraud and piece together the story of how a crime unfolded. This is exactly what happened to build the case that toppled Paul Manafort’s white collar escapade.

Joining the FBI as a forensic accounting specialist in 2010, Morgan Magionos was able to establish a paper trail exposing Manafort’s fraud after pouring over countless emails, contracts, agreements, invoices and title records on real estate holdings. She was able to provide document after document demonstrating how Manafort controlled a network of overseas bank accounts that wired a whopping $16 million in untaxed income to various businesses in the U.S. – payments he used to fund his personal lavish lifestyle.

Based on findings from her investigation, Magionos organized a detailed activity chart that outlined payments to each account, a timeline with specific dates and amounts paid for the jury and testified as an expert witness. She was able to seamlessly connect the dots between foreign accounts and payments to U.S. businesses.

Forensic accounting led to the discovery of $16M of untaxed income to various businesses in the U.S. to fund Paul Manafort’s personal lavish lifestyle. 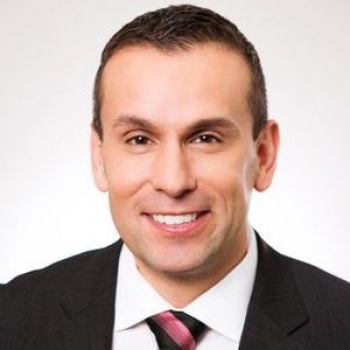 Prosecutors Greg Andres and Andrew Weissmann spearheaded the case against Manafort, undergoing the painstaking task of piecing together the right combination of expert witnesses and compelling evidence to paint a clear picture for the jury of Manafort as a cheater of the U.S. tax system. Hundreds of exhibits were entered into evidence, along with the testimony of over two dozen witnesses. Forensic accountant Magionos introduced nearly 50 exhibits, including documents identifying that Manafort had opened bank accounts in the Caribbean and Mediterranean. Some of the documents even had Manafort’s passport on file, which clearly proved his movements and whereabouts.

Without Magionos’s efforts on the case as a forensic accountant, the case for fraud would not have the level of substantial documentation required to win the argument. While testimony from Rick Gates, former deputy campaign chair, corroborated the prosecution’s claims, his credibility ultimately crumbled during cross-examination due to his own involvement in illegal activity. At the end of the day, Prosecutor Andres commented that the “star witness” of the case ended up being Magionos’ documents, not Gates.

The Paul Manafort fraud case is hardly the first scenario to mandate the skills of forensic accountants, but it is one of the most well-known. You may recall other famous cases including legendary 1920s gangster and tax evader Al Capone and infamous Ponzi scheme legend Bernie Madoff, both of whom were brought down by these financial detectives.

Morgan Magionos was able to comprehend complex financial transactions and uncover massive fraudulent activity. The documents she found and introduced were even more important in proving Paul Manafort’s illegal actions because of doubts raised by the defense on the statements of some of the witnesses. Undoubtedly, Magionos’ work was instrumental in securing a conviction.

If you are concerned about a scenario in your business or personal life that might require the expertise of a forensic accountant, we invite you to reach out to us to start a conversation.

Layne, Nathan and Karen Freifeld. (2018, August 21). ‘Follow the money:’ An FBI forensic accountant who knew her facts completely was the linchpin of the Paul Manafort conviction. Business Insider. Retrieved from https://www.businessinsider.com/r-follow-the-money-how-muellers-team-made-the-manafort-case- 2018-8?r=UK

The information provided in this article is for informational purposes only and is not intended to substitute
for obtaining tax, accounting, or financial advice from a professional accountant.