A forensic accountant should have a sound understanding of investigative tools and data analytics, which can literally make or break a case. 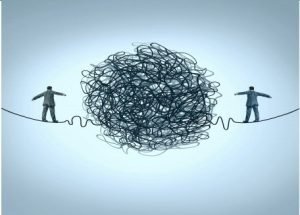 The number of franchise establishments in the U.S. has steadily risen over the past several years, reaching nearly 750,000 in 2017. As a testament to the entrepreneurial spirit of Americans, franchising serves as an important source of jobs and it stimulates economic growth.

While franchising provides exciting opportunities for both parties involved, as with any business opportunity, key objectives, communication and relationship dynamics all play a major role in the success of the company. When disagreements arise, especially those involving money, franchises can face intricate problems that are common in the world of business. Indeed, for those cases that end up in court, franchise arbitration or litigation often revolves around financial issues and can appear under several forms, such as disputes involving:

In most court cases that involve a disagreement over money, providing a clear picture of the true value, both tangible and intangible, can make or break your argument. Critical evaluation and analysis of financial statements have a key role in several elements of franchise disputes, including damage assessment, financial performance representation, and royalty reporting. By including a forensic accountant on your professional advisory team, you can expedite a timely and fair resolution in franchise disputes, allowing you to get back to focusing on the business or moving forward into a new venture. A forensic accountant can help accomplish this by assisting counsel in developing a factually sound case and by simplifying the presentation of complex financial issues to a judge, jury, or arbitrator. It is very important to select a forensic accountant with the right knowledge, expertise and communication skills for your team to ensure you are on the right path to winning your argument when these contentious issues arise.

A forensic accountant’s role will vary, but in franchise disputes their role may include:

Simply put, the most effective way to reduce employee fraud is to set up and maintain an internal control system that is properly-suited to cover the specifics of your business. How can business owners successfully achieve this? A forensic accountant is one of the best-suited professional advisors to engage in order to identify and reduce opportunities to commit fraud, which can lead to more sustainable long-term success for the company overall.

By outlining a clear picture of a company’s operations and infrastructure, a forensic accountant can help to identify certain risks or pressures, creating a more financially secure entity going forward.

When you engage any professional service, there is always a level of cost associated, however, you must weigh the cost versus the benefit in each scenario. The idea of paying money prior to winning or losing a court case may not sound fun, but you also need to consider the cost of inaction or of engaging the services of an ill-equipped response team – which can be significant!

Accounting is both an art AND a science. Each case is unique, requiring a creative skillset with level-headed judgement. Hiring the right forensic accountant, one with a solid reputation and a sound understanding of investigative tools and data analytics, can literally make or break a case.

“Pyramid schemes,” also referred to as franchise fraud, are investment ploys in which an individual is offered a franchise to market a particular product. In this form of white-collar crime, profit is earned by the sale of new distributorships, not by the sale of the actual product. Eventually, the pyramid collapses when the pool of new investors is exhausted.

TelexFree, an internet phone service, is the largest pyramid scheme to date, conning a whopping 1.8 million victims out of $3 billion. Participants used their own money to buy ads for the service and were paid for recruiting other participants. The company declared bankruptcy and froze members’ accounts when authorities began investigating. Through the efforts of numerous professionals including forensic accountants, co-founder James Merrill was sentenced to 6 years in a federal prison while his partner, Carlos Wanzeler, remains a fugitive. The TelexFree case brings to light the fact that forensic accountants are instrumental in fighting white collar crime.

As a special type of business model, franchises present a unique opportunity and situation which can bring with it a set of potential financial problems that may require the skills of a seasoned forensic accountant to uncover the truth behind the numbers. Whether you are just starting to think about purchasing or selling a franchise, or you are already involved with a franchise and are facing a legal dilemma which could impact your financial statements, a forensic accountant can be your strongest ally in protecting your business’s future. The sooner you consult with a forensic specialist, the better the outcome you can expect. We invite you to connect with our team today.

The information provided in this article is for informational purposes only and is not intended to substitute
for obtaining tax, accounting, or financial advice from a professional accountant.